WHO NEEDS A LOGO?

——Does every business need a logo?
——Or can you exist without one?

Who needs a logo?

In the purest sense – nobody does. Anybody can create

a business without one. In theory, anyone can toil away, providing their
client base with the best in service and/or products – relying on word of
mouth to expand. Putting faith in the old fashioned method of knocking
door-to-door. Many of you are not convinced of the value of a full-blown
logo design treatment. Or the expense involved in creating one. “My
business will succeed by itself” you exclaim, “I don’t need no stinking logo!”
Oh sure, you still need to concentrate on your business basics (a great
brand will not bail out a sloppy business – we don’t promise that). But a
decent logo (and hopefully a great one) will help to carve out a
preconception of what your business is all about, and that will help your
business to succeed. As a logo design company, it’s obviously our sales
pitch to argue that a logo should be part of your overall business plan. It’s
also something we believe. After all, it was part of our business plan. And
having picked up this book, you’re at least willing to accept that we know
something about logos.

How many logos do you view a day?

Still not convinced? Look around you. It’s estimated that the average person
is exposed to over 300 business logos or brand marks an hour. Sound
outrageous? Lessee. You start off the morning with a branded coffee (even
‘no-name’ brands have their own logo – in one of the great marketing
ironies), eat your branded cereal, shower with your branded shampoos and
soaps. On the way out the door to your branded car, you dress in your
logo’d clothing, and pass by untold branded stores, billboards and even
bumper stickers on the way to work. You’ll probably pass a FedEx truck or
two on the highway (did you notice the hidden arrow in their logo?). If you
have access to the Internet in your daily labors – your 300 per hour
exposure rises exponentially.

What a logo means.

A logo – the word is an abbreviation of the word logotype (or logo-gram),
which is defined as ‘a symbol representing a phrase, word, or idea’ – has
represented many things throughout the times. The swastika became the
universal symbol of absolute evil (even though it had its start in Indian
culture as a representation of good luck) A logo can represent the better of
man – the cross has come to represent Christianity (when colored red – it’s
a logo for Red Cross medical services), a crescent moon Islam (when
colored red – the Islamic version of the Red Cross), a star has come to
represent the Jewish faith. Logos have come to mean more mundane
things as well – a red octagon means stop, little stick people mean
washroom (the one with the skirt is for the ladies), arrow mean ‘this way’,
etc., etc., etc.

The Big Boys can’t be wrong, can they?

In our commercial endeavors, logos have come to mean a quick meal (the
McDonald’s arches and other fast food logos), sports (the Nike swoosh) soft
drinks (Coca-Cola – who even brought us today’s version of Santa Claus as
part of their branding endeavors). Our comic book characters get logo’d
(the Bat, the ‘S’ and the ‘X’), teams have sports logos aplenty (the San Jose
Sharks set records for their first season logo covered merchandise sales –
the logo was that cool).


Our rock legends do it too, with band logos dotting the entertainment
landscape. There aren’t too many people who don’t recognize the unique
typography of KISS or Silversmith. Even punk bands have them too.
Remember the Ramon’s logo? And even though they might be before your
time, The Beatles logo adorned Ringo’s drum kit long before they become
one of the biggest bands in history. Star Wars, Jaws and 007 have their own
logos, as do Star Trek, Lethal Weapon, Shrek and the entire Godfather and
Harry Potter series. Not to mention the flying logos of the movie companies
that produce them. And there’s a reason why every minute of CNN and Fox
news reporting is accompanied by their simple icon at the corner of the
screen. Books, cars, clothes, food, entertainment, religion and sex (yes sex –
the Playboy bunny doesn’t mean Easter egg bearing small furry animals).
Military branches have ‘em, countries have ‘em, and even space (if NASA has
their way) – will have ‘em. All of the Fortune 500 companies have logos too.
And when it comes to kitsch, can anything top the smiley face logo? Not
surprisingly, Smiley is very big business. 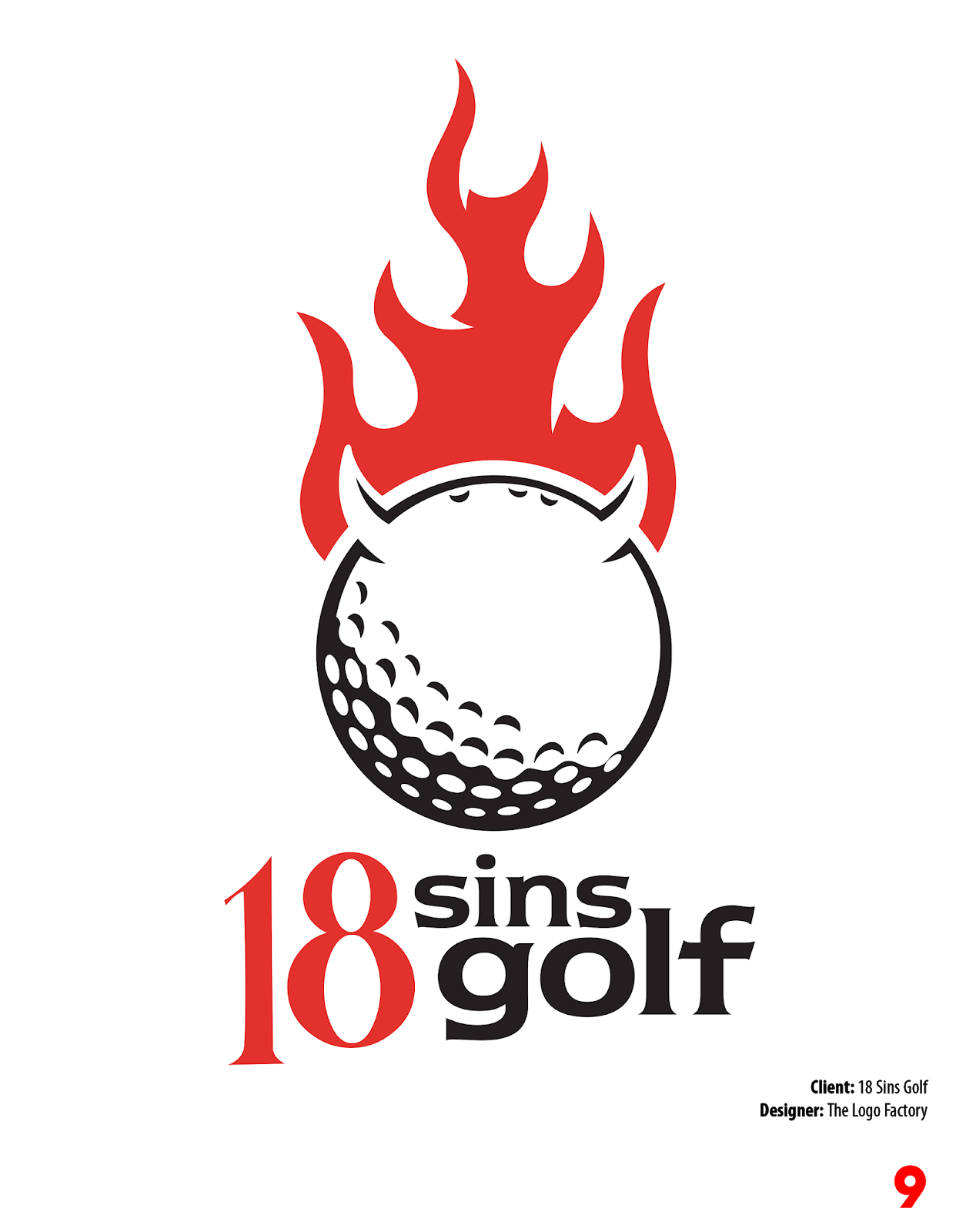 Why do all these entities use logos? Recognition folks. Recognition. In the
incredibly cluttered visual space of the average consumer you have a
nanosecond to grab their attention. You better make it good. If your brand
is a clip art logo found at the local print shop, and is also used by twenty
other folks clambering for attention, what chance do you really have?
Slightly, and I do mean slightly, more than someone who doesn’t even have
one. And yet, when it comes to creating a business model, many folks
believe they don’t need a brand identity. Or if they do, a discount ‘clip-art’
solution that can be found in their local print shop will suffice as their new
company logo. Or second-rate logo templates that cost $70 over the
Internet. In essence, they believe that every other business, country, sports
team and religion on the planet – from the smallest to the absolute largest
– have got it all wrong. Maybe they do. But as a business owner myself –
until the church, the USA, Microsoft, Nike and my fave rock band are proven
wrong, this is one tried and true business model I am willing to follow. And
follow it religiously.

Attention to the Nuts & Bolts.

On a surface level, the benefits are simplistic. A great logo on a well designed
letterhead or business card design will stand out against a bunch
that aren’t. A nicely developed brochure or flyer will stand out better than
one that isn’t. You want to be among the .05% of promotional material that
isn’t headed for the trash. Simple yes, but it’s more than that. On an ‘gut’
level a well executed logo design gives your clients a psychological ‘lift’. A
well-designed logo (accompanied by an effective ‘look-and-feel’ branding
system) gives newcomers to your business a perception of professionalism
and attention to detail. You look after all the ‘nuts and bolts’ of your
business and in turn, will look after them.


Conversely, if you pay such little attention to your businesses’ image –
what’s really going on behind the scenes? (At this point the nay-Sayers will
argue they’re paying too much attention to their client’s needs to care
about a silly logo, but is anyone really going to buy that? I know I wouldn’t.)
A professional logo and corporate identity gives the impression that you
care about your business, and in turn, care about the things your business
does. You take pride in everything about your company – from how it looks,
which obviously translates to how it looks after its customers. It is an overall
image of strength, quality and professionalism that starts the minute your
clients are exposed to your business. Often