Skip to content
Whether you spend days designing in a home office with no one to talk to but your cat, or continually rework ideas alongside a team, design shouldn’t be a lonely endeavor. Bouncing ideas off other designers, taking tips from industry leaders and socializing with like-minded creatives can create serious kindle to bring that creative spark into a roaring flame.

Design conferences allow freelancers to actually interact face-to-face with other creatives — and help teams find that missing outside insight. Around the world, design conferences bring digital artists together and send them home with more insight, ideas, and know-how. Here are some of the best design conferences worldwide in the summer and fall of 2018, from the long-established to the exciting newcomers.

Who’s it for? Web designers and developers

What’s the big deal? The Smashing Conference comes with a twist — the presenters aren’t allowed to use slideshows or decks. That means all of the web designers will be working live during their presentations, on anything from fixing bugs, examining accessibility and, of course, designing. The design conference is slated to include presenters ranging from web developers to researchers to authors, including Rachel Andrew, Joe Leech, and Lea Verou. The Smashing Conference is a first-ever event for 2018, but based on the success of the organizers smaller workshops, is likely to be a summer highlight for the web designers that attend.

Who’s it for? iOS and Android designers and developers

What’s the big deal? App Design and Development is a conference focused foremost on serving as a place for designers to collaborate and find new ways to work together. In fact, the entire first day of the conference is dedicated to workshopping. That’s followed by two days of presentations by developers from Facebook, Shopify, Uber, and Google.

Break Out Of Your Thought Patterns To Achieve Maximum Innovation And Imagination. Learn More With Sally Dominguez.

Who’s it for? Typeface designers and creatives that dig a good font

What’s the big deal? Ever geek out over a stunning font? TypeCon is a conference in Portland that’s focused entirely on fonts, typeface design and calligraphy. Hosted by the Society of Typographic Aficionados, 2018 will be the conference’s 20th anniversary.

Who’s it for? Digital artists

What’s the big deal? With more than four decades of successful conferences, SIGGRAPH is a long-standing design conference that focuses on the latest technology. The conference’s art and design segment focuses on all forms of digital art, from virtual reality to computer animation. If it’s a cutting-edge design technology, it’s probably at SIGGRAPH.

Who’s it for? UX Designers

What’s the big deal? This conference is so chock full of content, the organizers need a week to get it all in. UX Week is a four-day conference in San Francisco that brings in designers worldwide to collaborate and learn from industry leaders. This year’s roster features speakers from Etsy and Microsoft, along with designers who’ve worked on Hollywood-level films to hosts of radio design shows. 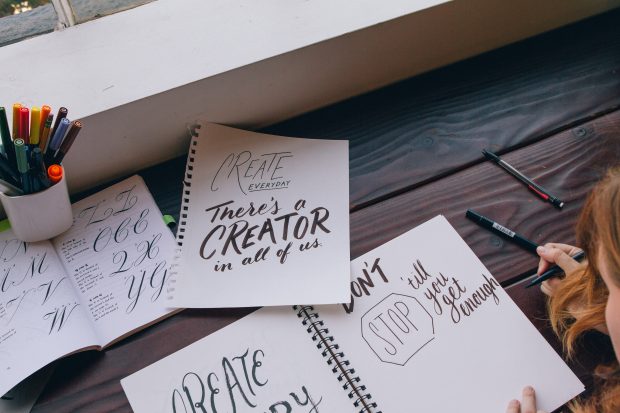 Where? Fort Worth, Texas

Who’s it for? Designers, illustrators, creative directors and UX designers

What’s the big deal? The Circles Conference isn’t designed for niche designers — it’s a three-day event designed for helping creatives deal with the reality of most design work today — you’re not just a designer. The Circles Conference isn’t afraid to talk about wearing multiple hats while also dishing on industry trends and pushing past common stumbling blocks. Mixing discussion with hands-on workshops, attendees also walk away from the experience with contacts for long-term relationships with like-minded designers.

Who’s it for? UX and UI Designers

What’s the big deal? Centered on digital design, Design Matters is a two-day conference that explores current digital design while theorizing on the future of design. The list of speakers includes easily recognizable names like designers from Netflix, Minecraft, Amazon, IBM, Dropbox and more. The 2018 event is focused on making an impact using design, creating immersive worlds and augmented reality, and rebelling against the traditional design rules.

Who’s it for? Any creatives using Adobe software

What’s the big deal? What better way to learn the ins and outs of software than from the company itself? Adobe Max has a full schedule of both talks and hands-on workshops from design and illustration to photography and video. Last year’s event had over 300 sessions, so if there’s an Adobe software that you want to reach ninja-level proficiency in, Adobe Max is probably a good place to do it. The event also tends to include announcements and sneak peaks on Adobe’s latest products, so attendees are among the first to glimpse the latest features heading out to Adobe software.

Where? Locations across the U.S., including Boston, Washington DC, Chicago, Orlando and San Fransisco

Who’s it for? UX designers, developers, and other website creatives

What’s the big deal? Looking for a conference with all the perks but without so much travel? With four locations across the U.S., chances are good that there’s an Event Apart conference in your region, for U.S. based designers. A conference for everything related to websites and website design, expect industry leader presentations, networking and tips you can use right away.

Where? Locations across the U.S. in 18 different states

What’s the big deal? With a conference in 18 states, chances are even better that there’s a Digital Summit not too far. The conferences are focused on all things digital, including digital design. While not as niche as some other conferences, the slate of speakers usually includes reps from big companies along with workshops and master classes.