I had to tiptoe and grasp, move slowly, carefully over treacherous ice.

I do not want to die this way, not here, not yet please and thanks.

And underneath the flowering quince that stabs me no matter how much I cut it back. You’re coming out this year buddy — no more last minute reprieves. It was a good run, but I need the space.

The first snowdrops are making an appearance. I know where to look. I needed to look. Needed to be sure that spring is on track.

I saw other green beings, too. Oregano and perennial onions: it won’t be long before I can pick some fresh. Colourful succulents.

I lifted a small clump of green moss and held it to the dog’s nose. Breath that in, I said. Our long, deep rest is coming to an end. We’re now in the tumultuous, restless season of rebirth. 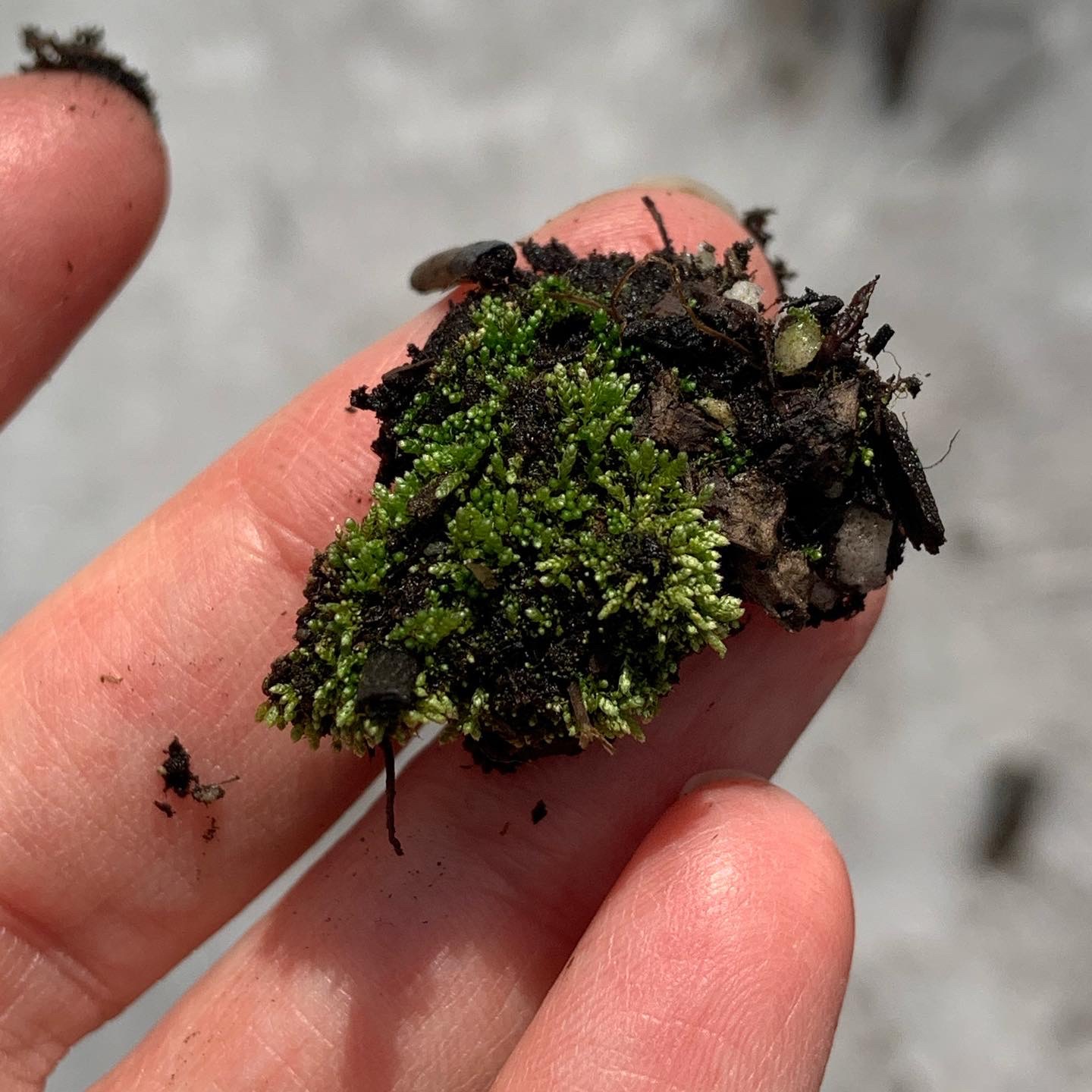 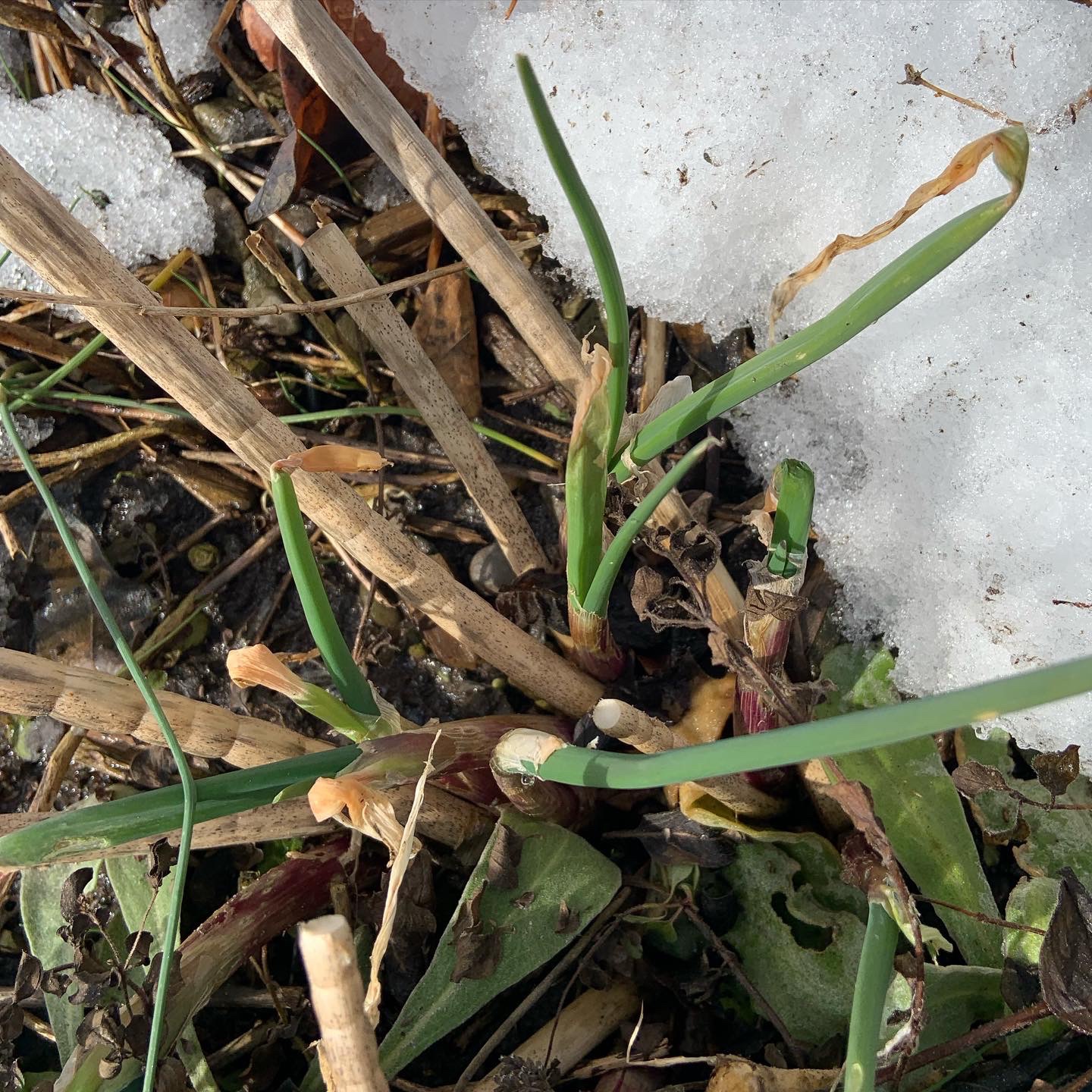 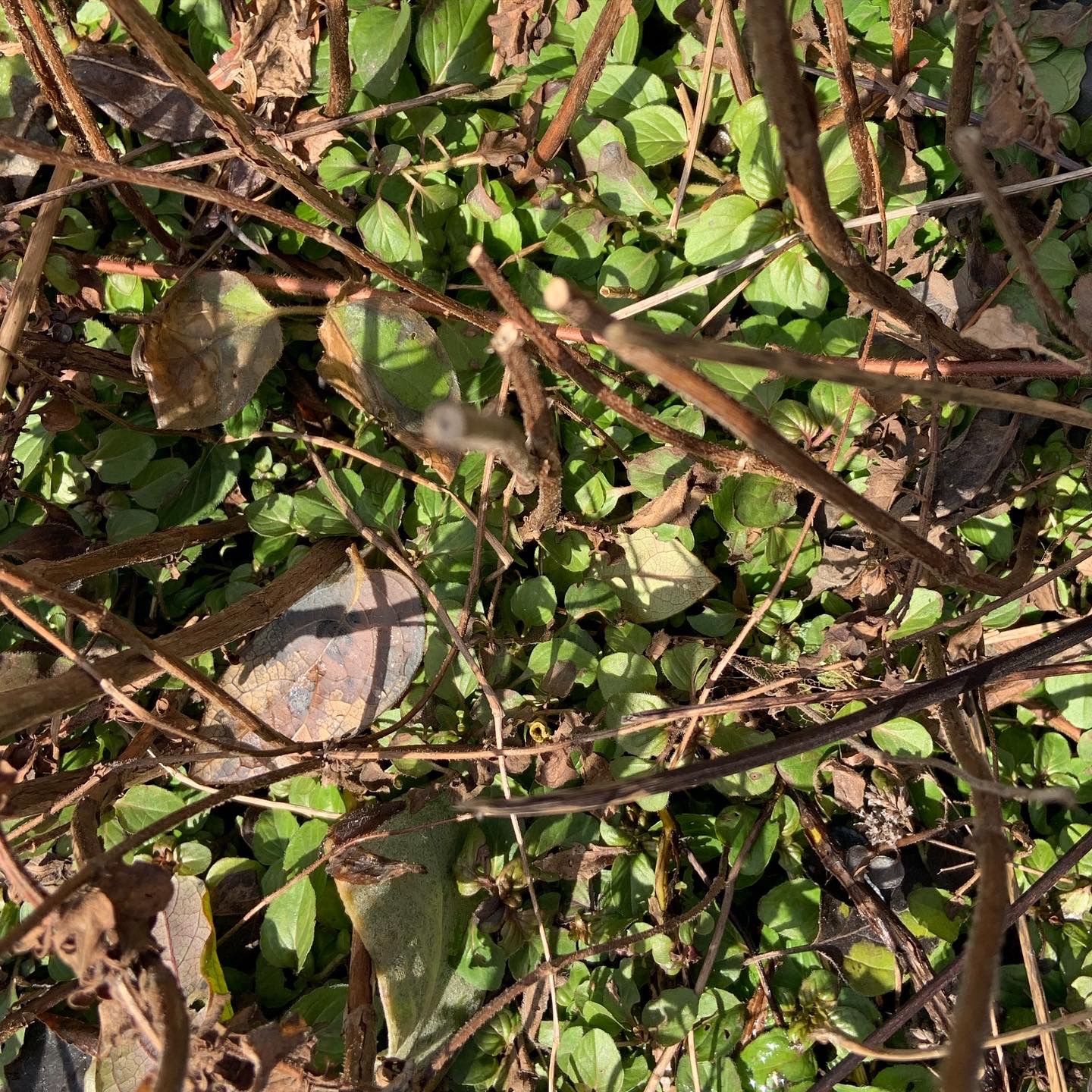 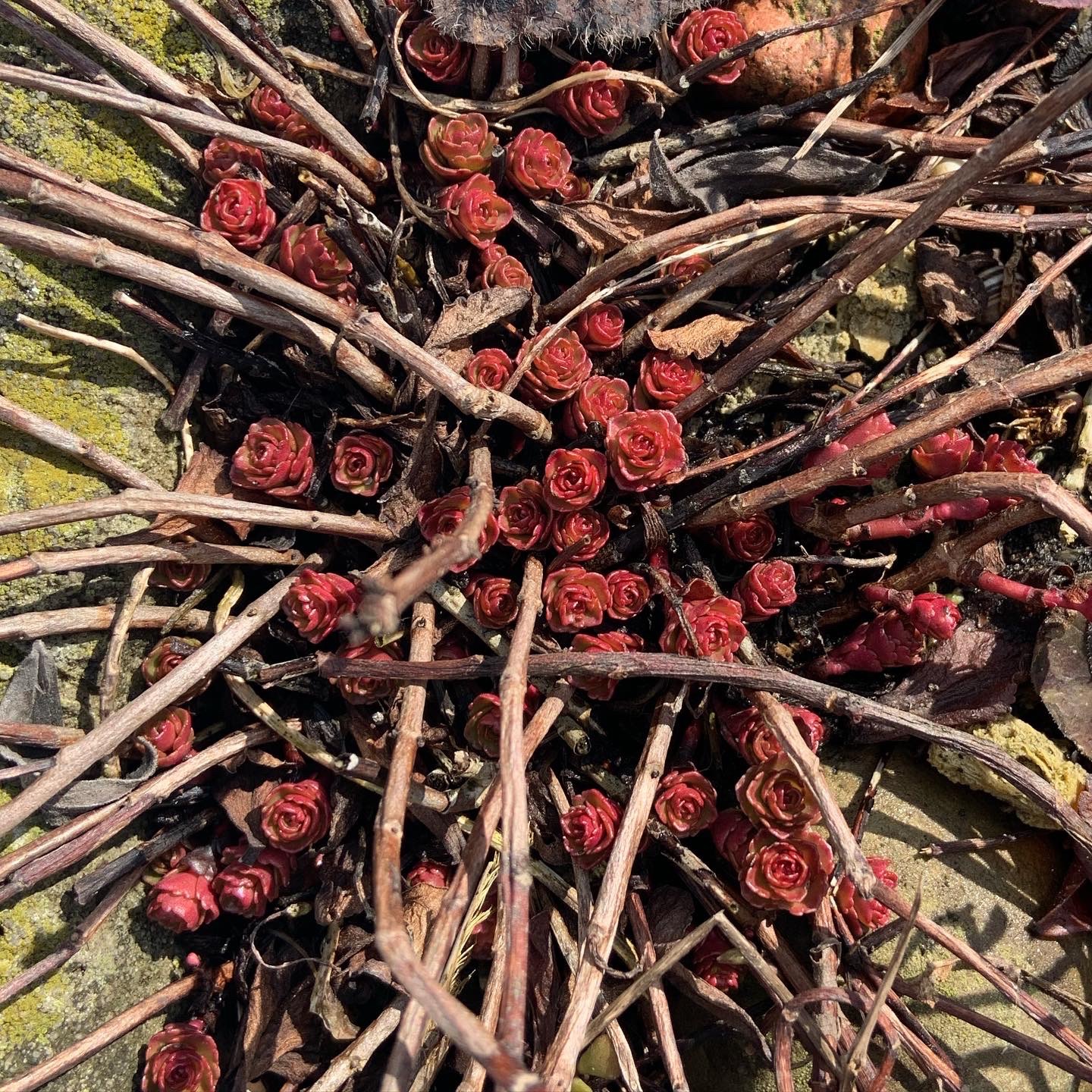