Photo by Jackie Lam on Unsplash

Critics of police reform keep claiming that the movement has failed, that it has no new ideas and no momentum.

They are wrong. They’ve just been looking in the wrong places.

It is indeed true that Congress has killed police reform legislation, and that President Joe Biden has resorted to weak executive orders.

But that is not where police reform activity lies today.

Police reform is vigorous and moving forward with new ideas and new institutions, involving the work of state attorneys general, state legislatures and city councils across the country.

The most powerful new weapon in police reform litigation involves state attorneys general. The office of California’s Attorney General Rob Bonta is leading the way with investigations and civil suits against a number of police departments.

By 2022 it had investigated and sought reforms in a dozen police departments, including big cities such as Sacramento and small towns such as Maywood (27,703) and Guadalupe (7,160).

Then Illinois Attorney General Lisa Madigan, meanwhile, sued the Chicago Police Department after the Obama administration left office in early 2017, and obtained a consent decree that rivals the Justice Department’s decrees in addressing the fundamental problems of excessive use of force, inadequate training, and poor supervision, and more.

And Colorado Attorney General Phil Weiser has brought reform to the Aurora, Co., police department. The AG has expressed a firm commitment to “comprehensive” reform.

The activism of state attorneys general adds a powerful new tool in the fight for police reform.

If every state AG took on police misconduct it would multiply the number of litigating agencies by a factor of 50. Republican AGs probably won’t take up the issue, but Democratic AGs are very likely to.

In order to expand this component of police reform, well-organized lobbying efforts are needed in states where the AG is can be persuaded to address the issues of unconstitutional policing and police racism.

A 2017 Vera Institute of Justice report, To Protect and Serve, found that in 2015 and 2016, 34 states and the District of Columbia passed a total of 79 police reform bills. The new laws covered unacceptable police practices, requirements to document police actions, and measures to enhance police accountability.

They include laws requiring police body-worn cameras, outlawing racial profiling, and requiring independent investigations of deaths or serious injuries at the hands of the police. The burst of police reform laws did not slow down and has continued to grow.

Thirty states enacted 140 new laws between the murder of George Floyd between May 2020 and the fall of 2021, a span of only about 15 months.

Where did all this legislative activity come from?

It is being driven by a significant change in public attitudes about police misconduct and racism. In July 2020, a month and a half after George Floyd’s murder by a Minneapolis police officer, a Kaiser Family Foundation survey found that 26 million people said they had attended a protest during a week in mid-June.

It seems clear that this anger and commitment has been translated into lobbying for police reform laws.

City councils have also been very active in police reform.

An informal survey by this author in the summer of 2020 found that 84 percent of the city councils in the 50 largest cities in the country enacted one or more police reform ordinances. Eleven cities created a new police oversight agency, strengthened an existing one, or began creating one.

Local inspectors general for police departments is another very promising development. An IG is an independent agency with authority to review issues in the local police department and to issue public reports on its findings and recommendations.

The Los Angeles IG is a unit under the LA Police Commission, which governs the Los Angeles Police Department. IGs also exist in New York City, Chicago and Seattle.

The special value of IGs is their independence from the local police department, their power to decide which issues to investigate, and their very important role in educating local officials and the public about existing police problems.

The New York City IG, for example, issued a scathing report on the use of force policies in the New York Police Department, finding that they were “vague and imprecise, providing little guidance to individual officers.”

They are independent agencies designed to provide community input into important police issues, including new and revised police policies and policing programs and strategies. The Seattle Community Police Commission (CPC) was originally mandated by the Seattle consent decree and in 2017 the city council passed an ordinance making it a permanent city agency.

The lack of effective community voice in police issues has long been a problem, with the community having no voice at all in most cities. Community police commissions are the best answer to that important problem.

There are of course many other reforms underway.

Attorney General Merrick Garland has revived both the pattern or practice program and the Collaborative Reform Initiative. 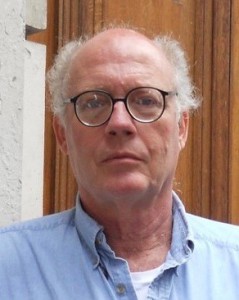 A number of non-profit organizations have also contributed ideas and resources on police reform. I tell the full story of this broad movement for police reform in my forthcoming book, Toward a Lawful, Professional and Respectful Police.

Police reform, in short, is alive and growing, with several innovations to its credit.

Samuel Walker is Professor Emeritus of Criminal Justice at the University of Nebraska at Omaha, and the author of 14 books on policing, civil liberties and crime policy. Readers’ comments are welcome.