The Beautiful Tourmaline and  the Stunning Opal are October Birthstones

October Birthstones include Tourmaline and Opal. Tourmaline is a gemstone favored by many because it can be found in a wide range of beautiful colors. Opals, on the other hand, are unique because each gem is found with a one-of-a-kind color combination. JWO Jewelers can help you choose between the two! 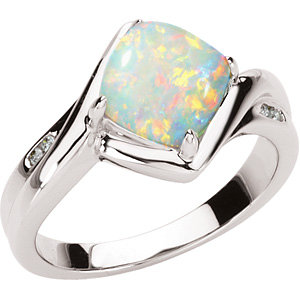 October Birthstones include the beautiful Opal

Long ago, the Opal was known as the Queen of all Gems. Why? Because it brought together colors from other gemstones. Every Opal is considered unique since a specific color palette is used for each stone. Some admirers prefer Opals with blue and green hues. Others are drawn to bright red and yellow. Whether warm or cool colors, Opals bring something new to the table. As the stones are moved and turned, the colors shift. When you give an Opal as a gift, your loved one receives an array of gorgeous colors.

October Birthstones are unique and the delicate Opal is often found in Australia!

Black Opals are popular, often found in Australia’s Lightning Ridge. The ideal Opal, however, displays broad patterns and every color in the rainbow – even red. Many consider Opals to be the most individual gemstones since each piece of jewelry fashioned with them is different. You can choose an Opal that specifically showcases the preferred color and pattern of your loved one.

Opal is the official birthstone for October, along with {ink Tourmaline. The stone is also traditionally given as a fourteenth wedding anniversary present. The name “Opal” is derived from the Sanskrit upala. It means “precious stone.” It also uses the Greek derivative “Opallios,” meaning “to see a change of color.” 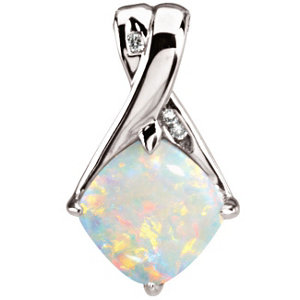 Some say the Opal brings bad luck. This myth, perpetuated by Sir Walter Scott, is false. His novel, Anne of Geuerstein, was the story of Lady Hermione. She was falsely accused of being a demoness. Shortly after holy water dropped on her Opal, its color was destroyed. This was misinterpreted to mean the Opal itself was bad luck. This assumption destroyed the European Opal market for nearly fifty years. Now, the stone is back. And the myth, thankfully, has been discarded.

Australia remains the major source of black and white Opal. In Asia, the Opal is viewed as a symbol of hope. In medieval times, blonde maidens searched for necklaces made from Opals. This was considered a guarantee that their hair would never fade or darken. It was also thought to make a person invisible whenever he wished, sometimes being called a “Patronus” forum or patron of thieves.

Among ancients, the Opal was a symbol of fidelity. Later, it became associated with religion. It is believed to have a strong therapeutic value for diseases and is sometimes worn as an amulet. It has long been associated with love, passion, and desire. Because it intensifies color and emotions, it is said to bring about faithfulness and loyalty.

Tourmaline –  One of the October Birthstone Choices

October has been given the gift of two highly unique and precious gemstones. Tourmaline gemstones are among the most precious and valuable of all gems in the world. They were first discovered in the 1980s, and have since taken the world by storm. Tourmaline exhibits rare shades of electric blue and green, reminiscent of the ocean where the gemstone is often mined. These unique hues are not found in any other gemstone in the world, no matter how pure.

While Tourmaline gemstones are often blue and green, some of them are pink. Tourmaline was first discovered by Dutch traders in Italy during the late 1600s. The name is derived from the Sinhalese term “turmali.” This was the nam 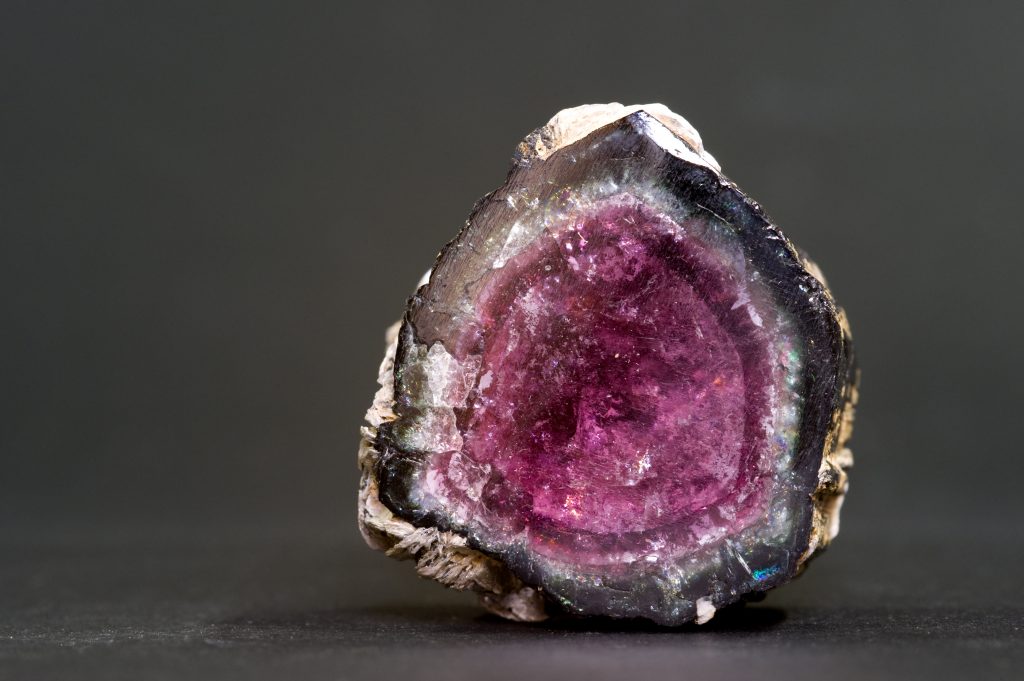 e given to all colored crystals on the island of Sri Lanka at the time. This made it difficult for gem dealers to distinguish between Tourmaline gemstones, rubies, and other stones. In fact, pink and red Tourmalines were considered rubies, even though pink Tourmaline is typically far pinker than ruby. Even the Russian crown jewels, though to be rubies for centuries, are now considered Tourmaline.

Tourmaline is said to be good for the digestive system, as well as for strengthening teeth and bones. Some recommend the stone for adrenal disorders, stress, and trauma. Pink Tourmaline, in particular, represents love, humanity, and humanitarianism. It is often worn to show sympathy. It promotes unconditional love and friendship. It is also believed to help those who have difficulty dealing with fear – such as those who have panic attacks or often experience inner dread.

Are you interested in bringing home a precious gemstone for your loved one? We’re happy to help at JWO Jewelers. Call our team at (770)-552-9235 or fill out the form below the schedule an appointment.

GET DIRECTIONS TO OUR STORE!