Port Adelaide president David Koch has issued a stark warning to coach Ken Hinkley and everyone at the club for the final two AFL rounds: “Turn it around or watch out.”

But a defiant Hinkley hit back, insisting he’d been given assurances, including by Koch himself, to feel confident he will not be sacked at season’s end.

That would mean he heads into 2023 at the helm to enter the final year of his contract.

It comes as Port (8-12) slump to 12th after a four-match losing run, which included Saturday’s 38-point defeat to Richmond.

A growing number of fans have started to express their desire for a coaching change, and Koch says he is not in a position to guarantee Hinkley’s job for next year.

But Hinkley suggested Koch’s previous public and private statements had indicated his job was more than safe.

“When I look back and I think through … what’s been said over the last period of time, and that’s David included over the last six or seven weeks … we’ve all seemed to be on the same page,” he told Fox Sports.

“David himself has said that he expects me to be coaching Port Adelaide in 2023 as I do, and that’s what I’m preparing for.

“We all get there’s a finish line for everyone at some point, but as I sit here tonight, I’m more than confident that that won’t be at the end of 2022.”

Hinkley said he didn’t feel he needed to be given assurances, although he hadn’t spoken to Koch after his strong comments on Adelaide radio earlier in the day.

“I’ve been given enough assurances throughout the season, not that I need them … I’m very much comfortable with what I do and what my role is,” he said

“There’s never a problem, Dave and I have regular conversations all the time. 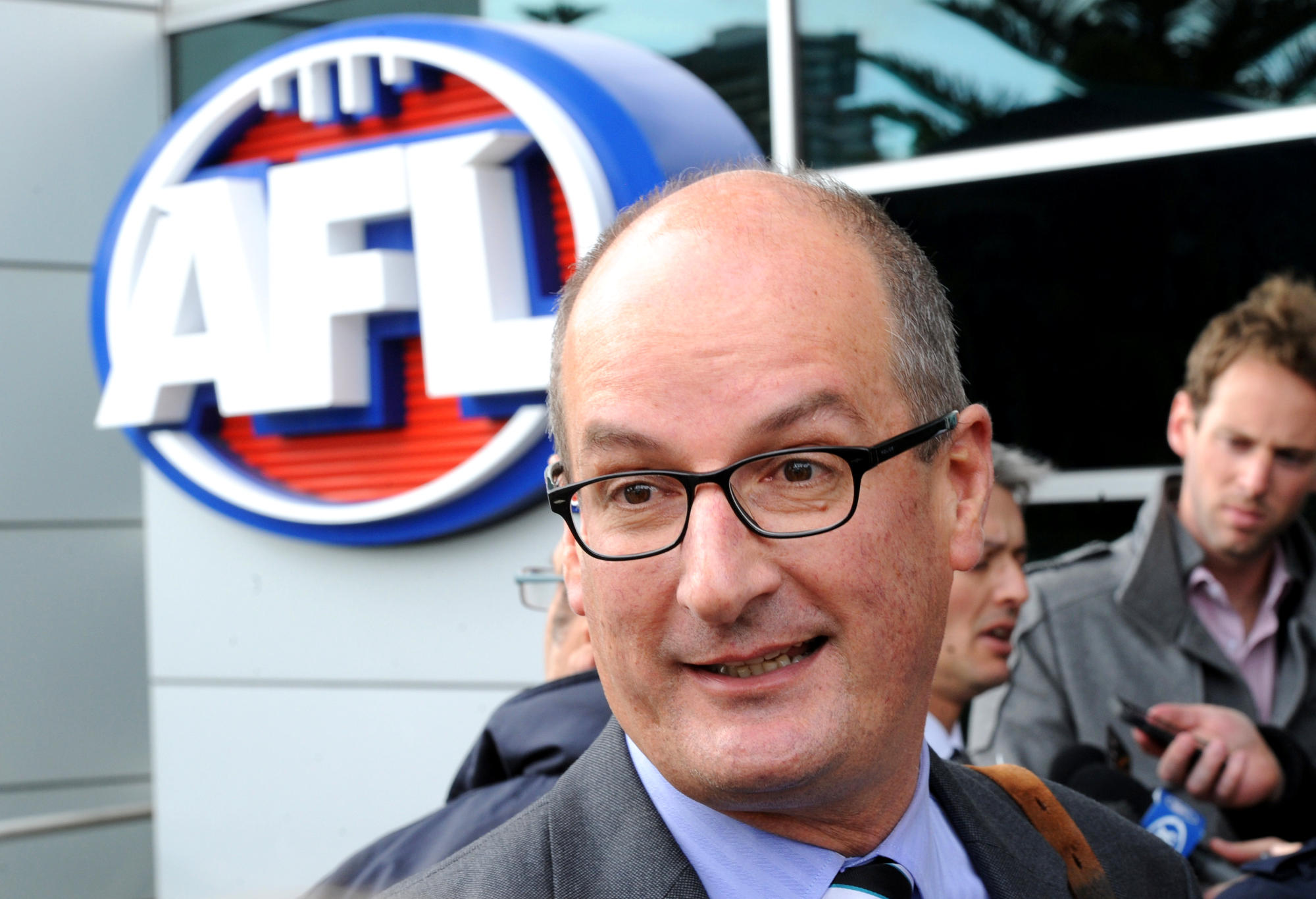 Earlier on Monday, Koch had stressed every football department role would be under review following the failed season.

“This year (it is) more important than ever and we are not afraid to make change,” he told Fiveaa.

“We have got to win games and we know that is what we exist to do.

“So we will be making those hard decisions at the end of the year across the entire program to make us better next year.”

The results of Port’s final two games of the season – against Essendon and Adelaide – could play a huge role in deciding Hinkley’s fate. “I’m not going to give you the answer that you want because it’s not appropriate at this time,” Koch said when pressed about Hinkley’s future.

“We’ve got two games … that we’ve got to focus on and try to finish the year on a high and turn it around. This year will be the worst finish that we have had in the last 10 years and something has got to change, but that’s a whole-of-program decision.”

Adelaide executives have issued a fresh apology to all players who had a negative experience at their infamous 2018 AFL camp on the Gold Coast.

Chairman John Olsen and chief executive Tim Silvers admitted in an open letter to the AFL club’s members that they were “confronted” by the accounts of Eddie Betts and Josh Jenkins of the pre-season camp.

They apologised to the two players and anyone else who shared a similar experience.

“We aspire to have everyone – players, coaches and staff – reflect on their time at the Crows in a positive manner and we are saddened that this has not been the case for everyone,” they wrote.

“It has been confronting to hear Eddie Betts and Josh Jenkins describe their experiences during the 2018 pre-season training camp on the Gold Coast, as well as the subsequent hurt they have carried.

“Equally we are sorry to hear Bryce Gibbs express his disappointment at the way in which the camp and events surrounding it were handled and its impact on the playing group, and we acknowledge there are others who may feel the same way.”

Among a series of harrowing experiences shared in his newly released autobiography, Betts revealed his Indigenous culture was disrespected at the camp and sensitive information he disclosed to counsellors had been shared.

Jenkins, who later backed up Betts’ accounts, said camp leaders had preyed on players with traumatic upbringings, and labelled the camp “disgraceful”

And Gibbs, who admitted he hadn’t suffered as badly as Betts or Jenkins, later said his personal information revealed to camp leaders had been used against him.

The Adelaide open letter notes “significant” change at the club over the past few years including a new chairman, chief executive, coach and head of football.

But that follows football director Mark Ricciuto, who was remains in that role after being in power at the time of the camp, encouraging Betts to “get over” his experience as the club had “moved on”.

The open letter contradicted Ricciuto’s claim the club had left the camp in the past.

“We know that moving on as a club will be difficult … everyone will do it in their own time and in their own way, and we sincerely hope that with the passage of time the healing process can take place,” it reads.

“In recent times there has also been a cultural shift and the focus is firmly on prioritising others.

“We are committed to emerging from this painful and challenging period and getting better. While we cannot rewrite history, we remain determined to learn from the past.” 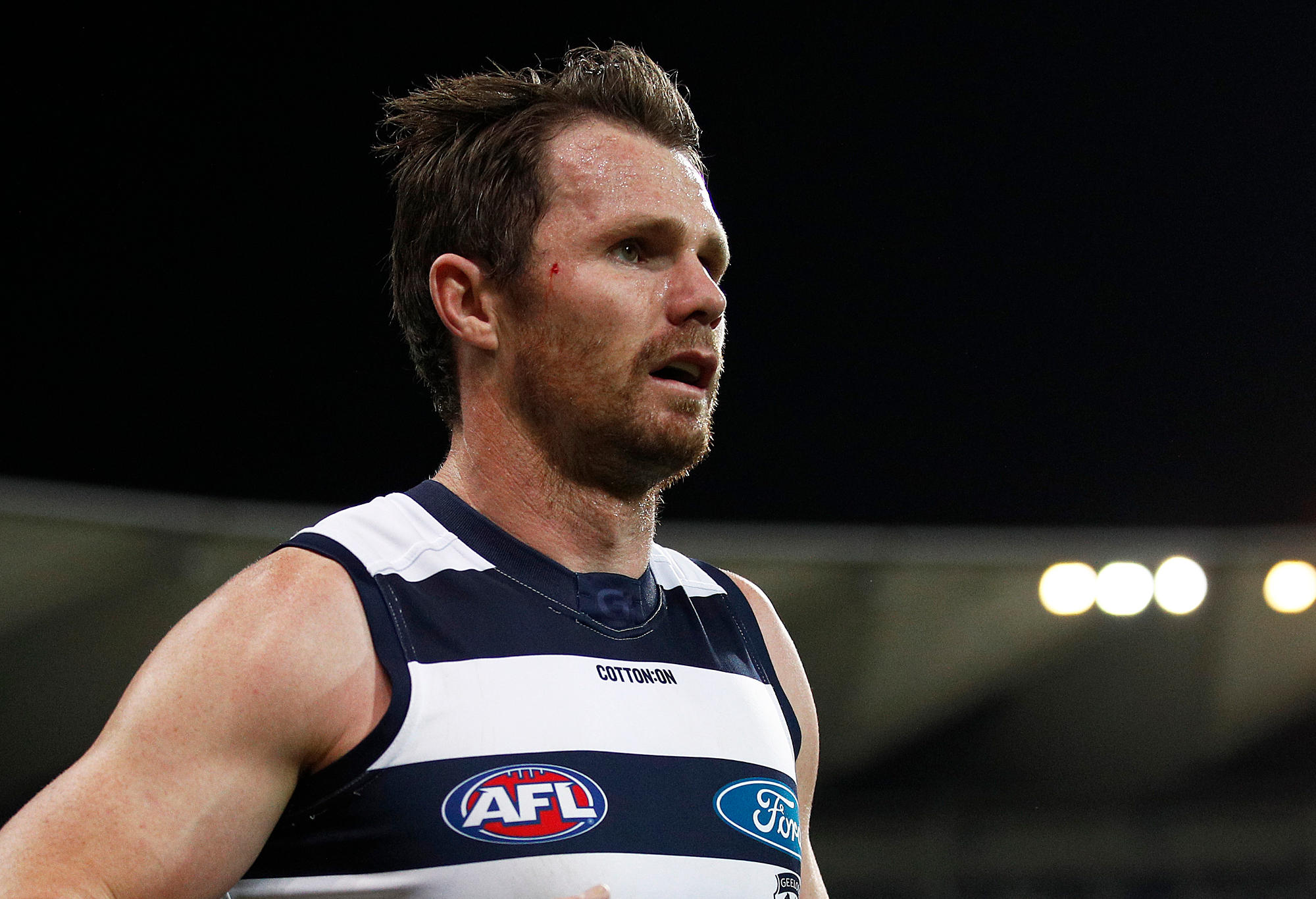 Geelong could yet have veteran midfielder Patrick Dangerfield in the side when they face Gold Coast after positive news from scans on Monday.

Dangerfield was a late omission before the Cats’ win against St Kilda on Saturday night with calf tightness, but scans returned an all-clear diagnosis to pave the way for his return to the side.

He’s struggled with calf injuries throughout the campaign, but he insisted he wasn’t suffering from the same complaint.

“It was just a tightness in the same spot that I just didn’t want to take the risk with,” he told the Nine Network.

“Sometimes the tightness moves around a bit, that will give a really good indication of where that’s at and then from there, we’ll make a good decision.”

Geelong will be overwhelming favourites to continue their march to the AFL minor premiership when they play the Suns on Saturday.

The outlook is not as positive for Collingwood ruckman Brodie Grundy, who will miss the rest of the AFL season after being diagnosed with a stress fracture in his left ankle.

Grundy made his return from a knee injury in the VFL last month, but scans have revealed he now needs surgery on his ankle.

It continues a disappointing year for the 28-year-old, who hasn’t featured for the Magpies since round six and is the subject of trade speculation.

“Brodie took part in the club’s VFL game against the Southport Sharks just over a week ago and he pulled up sore from that match,” Collingwood general manager of football Graham Wright said in a statement.

“He then participated in a training session early last week and was still experiencing soreness, so he was sent for scans which revealed a stress fracture in his left ankle.

“The nature of the ankle injury is not long-term so Brodie will make a full recovery.

“But after consulting with multiple specialists to assess all options available, it was determined arthroscopic surgery would be the best course of action.”

Collingwood expect Grundy to be fully fit for the club’s pre-season campaign.

And St Kilda’s Dan Hannebery might be fit to face Brisbane on Friday night despite leaving the Geelong game early with an ankle injury.

It has since been diagnosed as only minor ligament damage, meaning he’ll train this week to determine his availability.

They won’t have Jack Billings though, as he continues to recover from a back injury.

West Coast midfielder Tim Kelly will miss Saturday night’s western derby against Fremantle after failing to overturn his one-game ban at the tribunal.

Kelly was charged by the match review officer for a dangerous tackle on Adelaide youngster Sam Berry in the Eagles’ loss at Optus Stadium on Sunday.

Berry was unhurt in the incident but the tackle was still graded as careless conduct, medium impact and high contact.

“Berry was not injured but his head hit the ground with considerable force,” tribunal chairman Jeff Gleeson said.

“We find the impact was medium, according to the charge and the ban stands.”

The Eagles (2-18) will already be without retired forward Josh Kennedy, who booted eight goals in his farewell match last Sunday.

West Coast remain a chance to secure just the second wooden spoon in their proud history, sitting in 17th on the ladder above North Melbourne on percentage only.

Meanwhile, Carlton will attempt to overturn a two-game suspension for captain Patrick Cripps in the second tribunal hearing on Tuesday night.

The Blues are desperate to have their star midfielder available for season-defining matches against Melbourne and Collingwood.

Cripps was offered the ban for rough conduct on Brisbane’s Callum Ah Chee, with his bump leaving the Lion concussed.

But the 22-year-old said the Blues would move onto facing the Demons at the MCG on Saturday night if the ban against Cripps stands.

“The way I see it, and I was right in front of it, I just saw it as two guys going really hard at the ball,” Walsh said at Ikon Park on Tuesday.

“‘Crippa’ had his eyes on it the whole time, arms were out stretched and unfortunately in footy you’re going to get some big contests and that’s what happened.

“There’s no doubt that ‘Crippa’ is a big part for us so hopefully we have him this week.

“A bit of the theme for us the whole year is about the next guy stepping up.

“We’ve got confidence no matter who’s coming into the team, and I think for us we’re going to be really bullish about coming out.”

Walsh, an emerging leader, expects fullback Jacob Weitering to fill-in as captain if Cripps is not available.

Currently seventh on the ladder with a 12-8 record, the Blues will need to win one of the two matches to secure the club’s first finals spot since 2013.

Carlton could still sneak into the top-eight if they lose to both the Demons and the Magpies, but would have to rely on St Kilda and the Western Bulldogs stumbling.

GWS co-captain Toby Greene won’t play again this AFL season after having an operation on Tuesday.

The star Giant fractured his thumb in the warm-up before his side’s 27-point win against Essendon on Saturday, with specialist advice on Monday confirming he would need to undergo surgery.

It ends another impressive campaign for Greene, who slotted 37 goals in 15 games despite his side’s underwhelming form.

The club, who sit 16th on the ladder with a 6-14 record, also says Tim Taranto won’t play against the Western Bulldogs on Saturday as he goes through concussion protocols.

Taranto suffered a delayed concussion from the Giants’ previous clash against Sydney.

Forward James Peatling was concussed in the win over the Bombers and won’t play this weekend either.