Click here to support my Zen teaching practice at Patreon of which translations and writings like this are one facet. You will also find an advertisement free version of this post there.

“What is the minimum amount of asceticism required?”

That’s the question a young practitioner put to me at the Boundless Way Zen Temple during the homeleaving workshop way back in 2013. I was there to share the in-the-room methods for practicing with the kesa, oryoki, as well as other priest-oriented practices that I received from Katagiri Roshi. The questioner wasn’t a homeleaver, at least not yet, but apparently the teachers thought that he might be on that track so had invited him to attend the several day workshop.

I had mentioned this incident to my friend, Rick McDaniel, sometime back in 2014. Recently, he was interviewing me again for his forthcoming book, Further Zen Conversations, and he brought this raised this incident. There is something about it, you see, that makes us old-time Zennies just nod and smile. Even chuckle knowingly to ourselves sometimes.

It reminds me, you see, of the encounter between Rujing and Dogen at Tiantong monastery in great Song China. Rujing said, “Zazen is dropping bodymind!”

And Dogen said, “Yeah, but how about if I do it later? I’ve got this other commitment right now and I’m really not feeling all that great. By the way, you don’t mean that I need to drop bodymind like 100%, right? I’m thinking I could do like 50%, but only if it can wait until I finish scrolling on TikTok. That’s just how I roll.”

The question, though, struck me at the time as sweet and straightforward – “What is the minimum amount of asceticism required?” Most people in the homeleaving workshop were probably wondering about this in their own way. Most of us keep that negotiating for our private dialogue, however. And you, dear reader, may be considering as well.

The question also seems to touch a theme running in the background for some of our Vine of Obstacles students these days. I think that it might be something that comes up a lot for people in the first twenty years or so of Zen practice in our very non ascetic culture.

Reminds me of another young practitioner who slept on plywood, cushioned only by a single thin cotton sheet. He denied any ascetic impulses – in the true spirit of asceticism – and claimed that he was comfy cozy. Yet at morning zazen, day after day, he almost always nodded off, providing a little clue that there might be some gap between aspiration and actual practice.

Back in the early days of Zen in the West there was a lot of abstinence from worldly pleasures in the pursuit of spiritual goals, including by yours truly. In retrospect, it seems that my own ascetic period was necessary, although not productive in the way I had hoped, at least while I was in it. But there was a purifying that took place that in the long run seems to me to have been quite important.

And as I stroll along memory lane in this post, I’m also remember a visit to Tassajara in about 1983. I was invited to join a meeting of senior practitioners (average age ~ 32). After all, I had been training with Katagiri Roshi for about seven years! Someone raised a question about what to do with one very serious young ascetic who was always in the zendo early, sat through breaks, didn’t hang out talking with others, had no behind-the-scenes lovers, and really approached any task he was assigned with zeal. I was struggling to see the problem when one of the monks, the future abbot Myogen Steve Stucky, turned to me and said, “You see, we’re always suspicious of those who take their practice more seriously than we do.”

But let’s get back to the question. “What is the minimum amount of asceticism required?”

I suspect that the young practitioner was asking not so much about the minimum amount of asceticism required for homeleaving, but for unsurpassed, complete, perfect awakening. How much do I have to give for the absolute?

Well, there you have it.

Denial of worldly pleasures, of course, isn’t really the point. The point for some is to wake up and live accordingly. When we throw ourselves into our practice with hair on fire we might look like ascetics but such a look is just a necessary by-product, not the final destination.

As for bargaining for salvation, let’s leave that last word for old Bob Dylan:

“In a little hilltop village, they gambled for my clothes

I bargained for salvation and she gave me a lethal dose

I offered up my innocence I got repaid with scorn

Come in, she said I’ll give ya shelter from the storm” 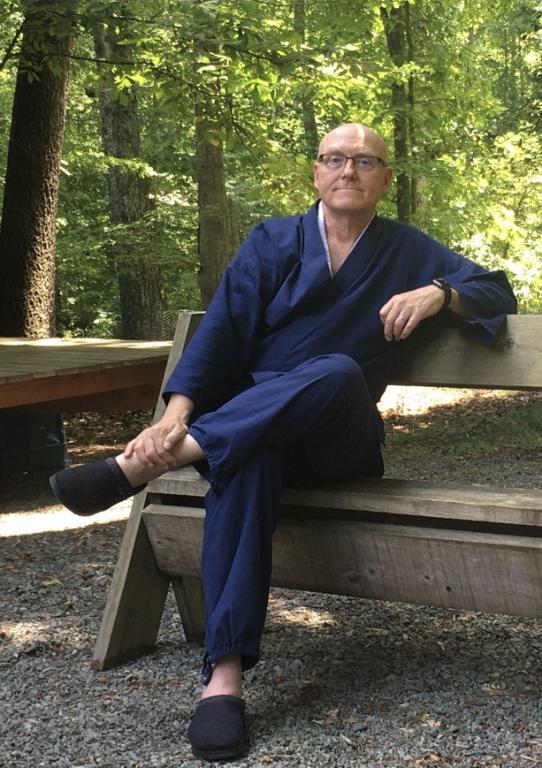