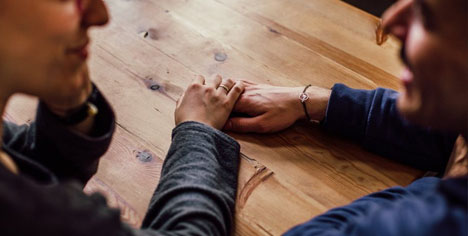 People are more susceptible to an emotional affair when something is awry in the primary relationship.

Perhaps the marriage has sunk into sedentary monotony whether it be due to compromising intimacy after children, disconnection, a lack of attraction or interest, boredom, and/or a myriad of other considerations. It is likely that loneliness or a thirst for fulfillment felt, even if initially unrecognized.

In the midst of an often-barren emotional landscape comes along an emotionally available, interested other. The contact may begin with harmless conversations, work consultations, venting, innocent flirting, or heart-to-heart discussions, over text messages, emails, calls, or opportune meetings.

But gradually communication becomes increasingly frequent, secretive, fulfilling, flirtations and intoxicating, turning to emotional adultery, often especially initially without the parties even recognizing it as such.

Feelings of excitement and a new intimacy develop, and the individuals experience understanding, being understood, and connected in a powerful way, that may be sorely missing from the primary relationship.

It may be deemed as ‘not wrong’ or ‘not an affair with the justification that there is no sex involved… as yet!

The emotional aliveness and chemistry felt through this new connection are unbearable to give up. Often the primary partner/ spouse begins to wonder if there is someone else.

Even though there may not be physical or sexual infidelity, the deceptive and secretive quality of the communication of such a contract constitutes emotional cheating and betrayal.

The cheating partner is typically convinced of their deniability at the outset, because of the nonsexual nature of the betrayal. However, it is in fact a breach of trust.

Often such a relationship has a slow advent, and realizations of the true nature of the relationship can slowly creep up. When women in particular, but also men, who silently resign themselves to a compromise in the quality of their marriage, end up craving attention, excitement, and a missing sense of fulfillment.

Without consciously seeking another relationship, and without realizing their own vulnerability, these women and men are especially susceptible to an affair of the heart. Typically, an emotional affair starts innocuously, and people do not initially realize the nature of their entanglement.

Emotional highs, which may have dried up in the marriage, are experienced in an emotional affair. Sympathy, feeling needed, praise, flirting, and more makes the individuals feel special. An emotional affair can become a sweet escape.

The convenience that technology offers makes emotional affairs easier to access and carry on than ever before. As individuals spend more time on their ‘friendship’, hide this from their spouse, begin to confide more in their ‘friend’ than their spouse, they are caught up in an emotional affair. Fantasies of how it would be to be with this person eventually play in the mind.

If one feels tempted to connect with a ‘friend’ emotionally in a manner stronger than what they have in their primary relationship… and if the emotional attraction with the friend is intense, it is a moment to pause and take the opportunity to address what is missing in the primary relationship.

What are the unfulfilled needs? When needs are suppressed or not expressed openly, the vulnerability for an emotional affair and the risk of betrayal increases.

Even when a relationship is unsalvageable, it is important and respectful to end it before starting another one. ‘Innocent’ time alone with the other person, ‘innocent’ flirting and secrecy are signs of an emotional affair.

Once embroiled in an affair – emotional or physical, it can lead increasingly to feelings of being torn between conflicting desires.

Recovery from the Emotional Affair

Often the primary relationship starts to be appreciated when the crisis and fear of losing it are imminent. The above steps are not linear, but rather you may find yourself looping back and forth between steps. The support of a professional specializing in couples therapy is highly recommended and can prove to be immeasurably helpful in navigating the path of recovery.

Thanks for reading Emotional Affair Recovery!

Best Ways To Increase Your Immune System And Make It Stronger.

2 months ago [email protected] (ALL SINGLE AND MARRIED)

For most women, there’s more to life than work

14 obvious Signs she is playing Games With You